Clayton Garner sprung from his bed, tripping over the retro alarm clock which he must have knocked across the room in fervent kicks of a wild dream. The details were fading fast, though he could clearly remember flying through swirling vortexes in outer space with some red-haired beauty - of course none of that mattered now that he was running late for the first day at his new job.

"You overslept?" the training coordinator echoed dryly when he explained, but she excused the tardiness because so few applicants had signed up. Work shortages and all. "Besides," she added, with a rather menacing twitch to her thin smile, "if it becomes an issue, we'll just install an alarm app to your CogniChip."

She referred to the popular brain implant which revolutionized cognitive and biometric technology across the globe. This job was at a CogniCorp data storage facility; really, they just needed warm bodies to push a few buttons, and to fulfill the quota for human employment. The joke was on her though, because Clayton never got the chip and they never scanned for one because again, not many people signed up.

"Take a seat then," she said with a stiff lip, then turned on an orientation video and left the room in a hurry. Clayton found a chair in front of the projected screen, and sat next to a cute girl with fire-red hair. She looked very similar to the one in last night's dream, but it now occurred to him that he never noticed that one's face - it was always just out of view anytime he tried to look at it. This real girl, however, did have a face and it was pretty damn cute.

His knees knocked together, a gentle reminder not to stare. She laughed at something corny in the video, and he chuckled and played it cool.

"So, why were you late?" she whispered, once the video's AI trainer began droning on about never peeking into the consumer's stored data. "And please tell me it’s a good story because I'm bored out of my mind."

They both snickered and he explained the events again; but the really cool version with more dramatic gasps and explosions. He decided it wise to leave out any mention of dreaming about a girl with red hair, for the creepiness factor alone.

"You know," she said, "I had a weird day too. Ever have one of those days where everything just seems to go all wrong, like comically so?" Clayton nodded in relatable agreement.

"That's when you do a reality check," he said, then looked away very suddenly and cleared his throat.

"What?" she asked, and his ears roasted in embarrassment. "What? Oh, come on, now I gotta know…"

"Well," he relented, ready to kick himself for potentially ruining this, "people who lucid dream do reality checks, like count their fingers. I'm still learning how, but…"

"Wait, what?" she said, placing her hand on his shoulder in slight alarm. "Say that again?"

Clayton laughed sheepishly and waved it away, completely saved by the abrupt ending of the video and the training coordinator's rigid return. She stood in front of the screen and performed a few brisk claps.

"Ok, who can tell me the three laws of cognitive data handing, which you learned in the video?"

Luckily someone had been paying attention and prattled off the laws like a good kid in Sunday school. Clayton looked over at the cute girl next to him, who was suddenly very interested with her wrists. She turned them up and down, several times, and then fell into a fit of giggles.

"I'm dreaming," she said, and showed them to Clayton. "Look, see? No tattoo."

"The tattoo. I got it like three years ago. Just a little green paw print on my wrist after my dog died. His name was Garner…. Oh that makes sense, because that's your name isn't it? Your last name?"

"EXCUSE ME!" the training coordinator interrupted, "I'll have your attention please. Or there's an app for that!"

"I'm telling you, I'm dreaming," said the girl with red hair, and Clayton slowly moved over a seat. "Oh, come on, now I'm the one acting weird?" She leapt up onto her chair and shouted, "I'm dreaming! Ok, ok… I can't get too excited…"

Clayton stared on, in a rather curious mixture of intrigue and disbelief. Maybe she took something? She was way too cute, in his humble opinion, to be acting like this. The training coordinator began yelling to get down from the chair and "act normal" or she'd make her. When that didn't work, she pulled out a tablet and began swiping at it in short, furious strokes.

"Why… isn't… it working?" she muttered through gritted teeth.

Amy threw a cocky snicker -- "It's like you guys aren't listening. I'm dreaming! None of you are real! I'm certainly not going to let you control my mind with your silly cog chips or whatever...seriously who makes this stuff up - oh that's right, me!"

Of course, thought Clayton, she could just not have the chip, like him. They never checked, right?

"Look, I'll prove it to you. I don't know how to do a bunch of stuff yet, but I can change the color of my chair." She hopped down, and closed her eyes tight. To everyone's surprise, the chair changed from a navy blue to lime green. She opened her eyes and placed her hands proudly on her hips. "See? Told ya."

Nearly everyone in the room gasped and backed away, except for Clay. He didn't know what to think about it.

"Who are you?" he asked, frozen in place but not from terror.

"No, I can't just leave. I need this job," he snapped in quick recoil, though he could almost hear how silly that sounded as it left his lips.

"Are you still not listening? I'm dreaming. This job doesn't exist. You don't exist. There's no you to need a job, and no job to need. I dreamed it all up. I dreamed you up, OK? Now let's go have fun!"

She reached out her hand and after one last hesitation, Clayton took it and they fled the orientation room, the training coordinator screaming after them to stop running or she'd paralyze their legs.

"Don't listen to her," Amy assured him as they sped down a long corridor, past rows of blank office doors. "Look, I'll use those big doors straight ahead and teleport out of here. Hopefully. You coming?"

At this point, for Clayton, 'no' didn't really seem to be an option. He hadn't even begun to process what he just witnessed, but the deepest whisper of inner wisdom promised that he'd never find out if he let her go. They bolted to a pair of metal doors at the end of the hall; and when they squeaked open Clayton squinted, blinded by the light of a new dawn. 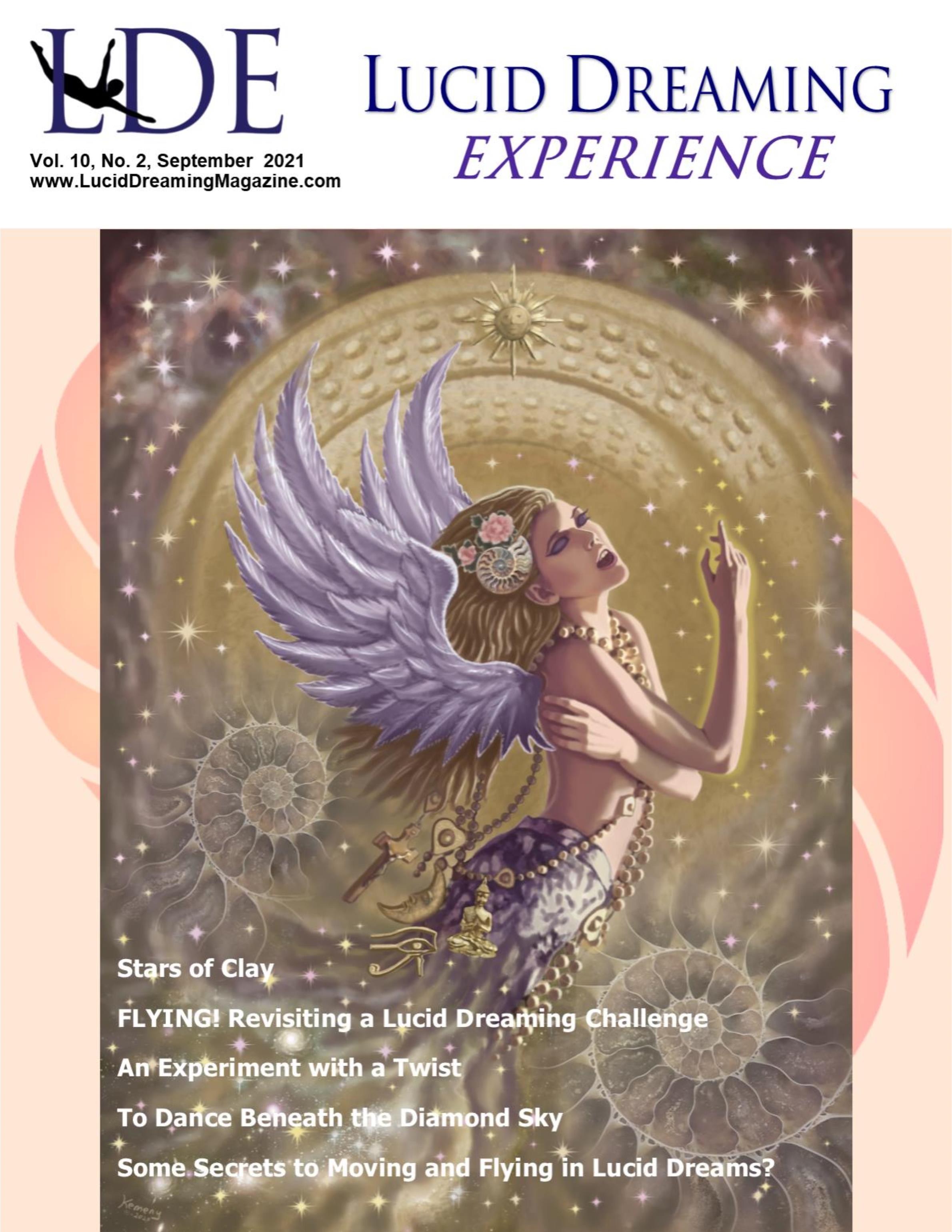