Fading Wakes of Other Worlds

Thirty beds pressed against the walls, along with chairs and tomorrow's clothes. The clothes were identical and rarely matched the child's particular size. Near the door, where the air flowed best, sat the care-lady with an old book. It was a love story which she had read many times before. It rustled when she flipped a page.

Soft moans of sleeping children carried from time to time. Along with smells of soft breath and soiled sheets. The lady lifted her sharp eyes and caught a movement of muscle and fluttering lids.

They were dreaming. Not all good dreams. It was not a happy sort of place. There was little laughter during the day and even less so at night. But it was enough to care for basics and teach essential lessons until the time came to join the workforce.

The furthest bed was the largest. A brother and sister were fast asleep and moments from sealing their childhood by turning ten.

The boy fell asleep anxious again. Stories of factory accidents weighed hard on his head, especially the one about his father. His twin sister was braver and mastered her feelings despite being younger than her twin by a few moments. She woke herself after an unusual dream precisely when she switched ages.

No longer nine, her ten-year-old eyes fluttered as consciousness flowed like water soaking a sponge.

She was a master of dreams and stopped one at will. She weaved her nightly ventures like a seamstress. Creating realms and doing as she pleased. Mastering things she couldn't master in her dull waking world.

In her dreams, she flew and rested in the warm daylight or ate a mound of lily fruit pie with a side of crescent puffs, such as she had only seen once in the market on a rare class outing. She never tasted the delicacy, but it was sweet and soft like spring clouds in her dreams.

Those were good dreams, but at other times they weren't. They would weave her like she was their yarn.

At these times, she would gain her autonomy by choosing to die and wake up.

The girl decided to die at that particular moment. 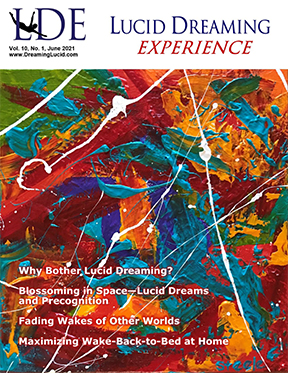