The thing is, over the years my ideas behind WILDing and the processes that support it has evolved dramatically. For example, in the past I’ve used WBTB to help induce WILDs in the morning but I’ve become more flexible and have begun WILDing at other times as well, specifically at the onset of bedtime, by having a better understanding of what role consciousness plays in the WBTB process.

The original idea behind WBTB is that a person’s REM period increases throughout the night, becoming longer by morning and that if one was to wake up a bit early, regain some sort of awareness and then return to bed, he (or she) may be more fortunate to catch one of these longer REM periods and become lucid. But this line of thought is somewhat flawed.

For me WBTB is about 2 things... one, it is now more about sleep disruption and its effects on the subconscious mind. In fact, it was suggested over 46 years ago by Seth (material channeled by Jane Roberts) in the book The Nature of Personal Reality. Seth suggested that we split our sleep periods into two 4 hour segments rather than one longer 8 hour stint and by doing so the barrier between the conscious and subconscious mind would grow thinner, allowing us to not only better remember our dreams but become more conscious within them.

And although it’s not practical for most people to sleep 4 hours at night and 4 hours in the afternoon, we can still simulate this by waking up throughout the night and having small gaps between our sleep time, and also having occasional afternoon naps. (By the way, before the industrial revolution, for thousands of years broken sleep patterns were more the norm, so it’s not necessarily unnatural to practice this, although I wouldn’t recommend it if a person is really young like in their pre-teens or younger.)

The other flawed thing about WBTB is the idea that it is the best way to re-enter a dream JUST because our REM cycles become longer as the night progresses. There is some truth to this as this REM lengthening occurs automatically... it’s an autopilot function of the mind/brain (and it may be more beneficial for inducing DILDs - Dream Induced Lucid Dreams). The thing is though, the act of WILDing is the opposite of being on autopilot, it is an act of “self-determination”. You see, the brain is predominantly in a Theta frequency when one is in REM sleep, but we don’t need 4-6 hours of sleep to put ourselves in an extended Theta state. For example, I’ve experimented with biofeedback over the years and with a little practice I can easily generate theta waves anytime I want, day or night, and the length of these sessions are always under my control. So really, WBTB is maybe more about having the body in a relaxed state after so many hours of sleep which may be more conducive to entering a theta state (and dreaming). But this type of relaxation can be duplicated anytime so following this idea, there really isn’t any limits as to when WILDs can be practiced. By the way, for experienced WILDers, it isn’t actually conclusive that we are in theta when we are lucid dreaming. The Monroe Institute found that many OBE practitioners (which is similar to WILDing) were in a delta brainwave state during their experiences... the point I’m making here is that “whatever” brainwave state is needed to experience a WILD can be induced on demand, regardless of prior sleep, with a little practice.

Combining these two ideas, that occasionally breaking up our sleep patterns will reduce the barrier between the conscious/subconscious AND that with self determination we can create the proper (theta or whatever) state for lucid dreaming anytime day or night, has really made me more flexible in my practice.

Changing these beliefs is more important than actual techniques. Without understanding these ideas, one might not even try to practice WILDing at different times. And because these ideas initially go against the grain of what is generally taught, they need to be nurtured and encouraged. I would also like to thank Brian Aherne for his encouragement to practice the WILD process at the onset of bedtime rather than relying on WBTB, he is an incredibly talented lucid dreamer and having someone spur me on has produced some incredible breakthroughs.

As far as actual WILD techniques and how I deal with some of the challenges I face... From my journal...

After a night of unsuccessful attempts, I spend some time to work out my thoughts while laying still on my bed. It takes a good 20 minutes to work thru this turmoil, which is an inner debate on the advantages between WILDs and DILDs, of all things. After exhausting my line of thinking, even though I favor WILDs, I decide that both have value and I now feel at peace. With that I put on an eye-mask to give myself the message I am ready, and I begin my search for images under my closed eyes by gazing straight ahead. I am first met with a familiar mix of energetic swirls that I recognize as hypnogogia ... and after further relaxing and letting go for a few minutes, (but remaining conscious) a very clear large image of a guy in a car appears in front of me. I decide to try a technique recommended by Brian, to focus in on the details of the image to see if it will draw me into a dream... and I am able to do so without the image disappearing as it sometimes does. I marvel at how very stable it is, how I’m able to focus in on the features of his face, hair etc., but after a few minutes of this nothing happens, and the image vanishes. I decide on another idea and soon another slightly more vague image appears and I just imagine myself flowing into that image, getting into the “feel” of the movement.

After a moment I find myself in a storefront room with large glass windows facing the street, I’m on top of a climbing wall, next to me is “J” (a close relation of mine that has been appearing in many of my dreams during this past year). I’m obviously in a dream but actually don’t realize it yet and continue to preform my WILD techniques. Soon there is a knock on the front door and I decide I have to hurry and focus more intently with my WILD technique of searching for images which propels me into full lucidity in another dream space. (This time I seem to have entered a dream within the dream, a DILD using a WILD technique.)

In this new space I’m flying over an expansive landscape, enjoying the view when I recall my plan which is to explore the VOID. As I focus on this goal, my flight stops and I am immediately surrounded by darkness. I’ve been to the VOID before, but this time I want to explore it deeper. As I look around I can sense this space is not empty but in fact filled with dark energy. I also feel an energy “being” holding me on my backside and guiding me as I look about. I intuit this to be my “double” (which could be my resolved Shadow or possibly the Larger Awareness) it feels friendly nonetheless, nonthreatening and helpful so I feel safe. As I study the 3D darkness I also see occasional swirls and wisps of light, similar to what I see when viewing hypnogogia and this makes me wonder. I also want to focus on the idea of being in 3 places at the same time (another idea Brian shared with me) and as I stand in this void I can immediately feel (but not see) my physical body in the distance, as an image in a bubble floats by me (which I know to be a “dream” I can enter if I wish) ... well, void, physical body and potential dream, not exactly 3 places at the same time but close enough. I guess I just need more practice.

The thought then comes to me that I am cocreating these experiences with my double and the energy of the VOID and that this is a prerequisite to creating any dream I want. And with that 3 overhead doors (left/right and center) simultaneously begin to open up in front of me... and as light pours in I find myself immediately standing in a beachside restaurant overlooking an exotic Mediterranean ocean view. The restaurant is on a bluff facing the beach, we are surrounded by other mountainous islands and the ocean water is so crystal clear, the incoming tide so rhythmic and soothing. The whole scene is so incredibly beautiful. I walk to the front of the restaurant and then down the stone steps leading to the beach which are filled with dream characters. I want to check out the water... like maybe I’ll go for a swim or surf... but as I look at the nearby shore I notice the water is filled with crocodiles and snakes. I’m puzzled by this and I’m not ready to confront it, so I decide to go back up to the restaurant. As I walk towards the steps a snake jumps out of the water and grabs “J” but I react and grab it and throw it back into the water. Undaunted, we return to the cafe and two dream characters want us to have something to eat with them. But I feel it’s time for me to go so I make the “shift” and find myself back on my bed, back in the physical. 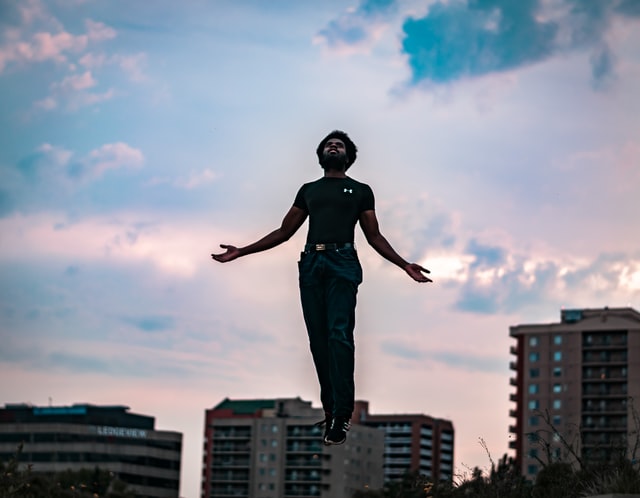 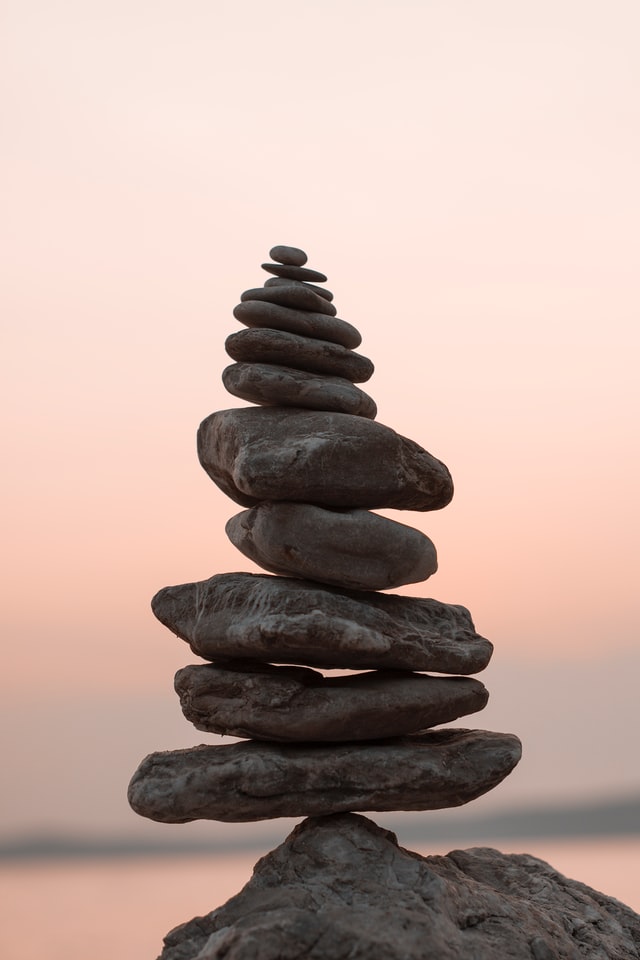 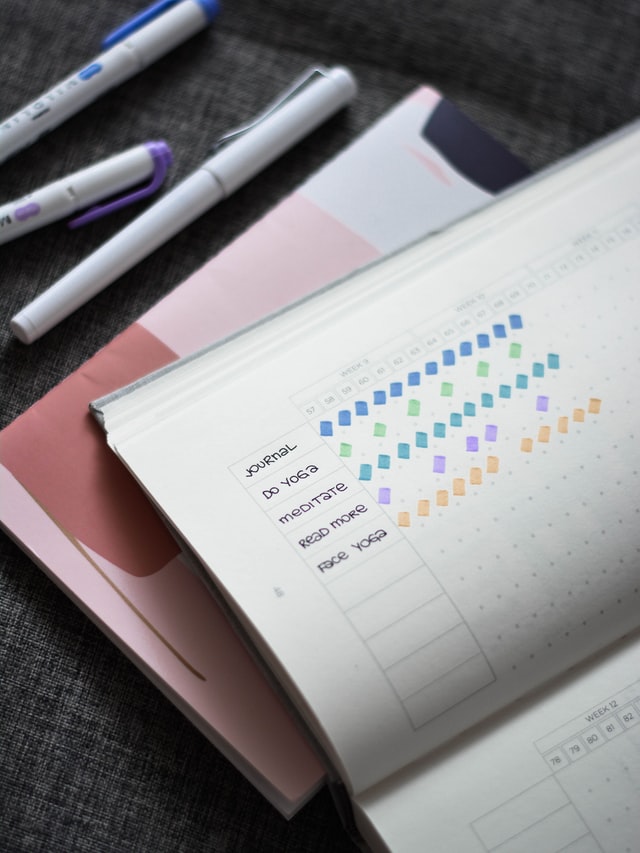